For the Jim Halpert in Your Life

GIVE A CUSTOM COMIC BOOK TO SOMEONE SPECIAL THIS HOLIDAY SEASON

For the Jim Halpert in Your Life

Jim Halpert and Pam Beesly of The Office remain the ultimate in TV romance. Will they? Won’t they? They did! Now what? They’re still great!

But that kind of bond doesn’t form by chance. It begins with shared interests, grows stronger with time and attention, and is solidified by thoughtful (and awesome) gifts. 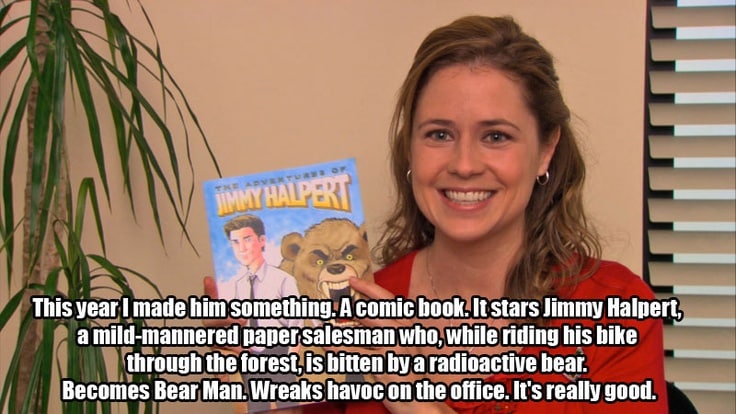 In an episode of The Office, Pam Beesly spends a whole year creating a custom comic book for Jim Halpert. That kind of thoughtfulness shows the depth of love on behalf of the creator. She crafted a story specifically for him, one he knew he would love, starring him, told in a hilarious fashion that he would understand.

Why is a custom comic so thoughtful and awesome?

First, because who doesn’t want to be a superhero? What kid hasn’t tied a towel around his or her neck and pretended to fly through the house, saving the world? Or you could be the villain taking over the world – we don’t judge. A custom comic is a chance to live that fantasy. With the resurgence of comics in popular culture, and comics taking over television and movies, it’s never been more acceptable for people to admit that we still have those fantasies. We still want to tie the towel around our neck and fly through the house, we’ve just let adulting get in the way. 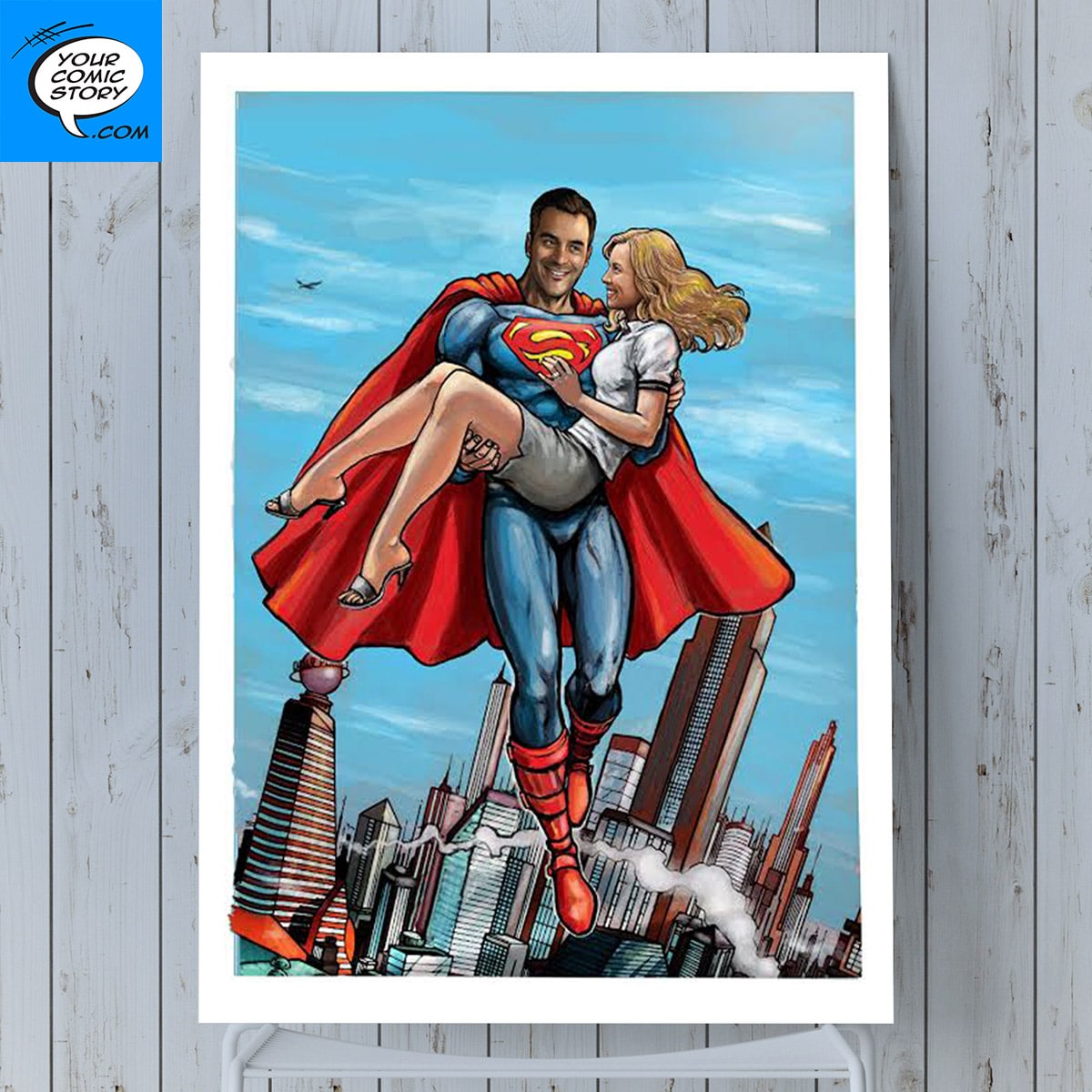 Second, because comics take so much (much more that most people realize) to make. An entire team of people work to bring them to live. The writer crafts the story. The penciler brings it to life. The colorist adds emotion and depth. The letterer leads the reader through the story. The editor makes sure everything gets done. All of these people make it happen. 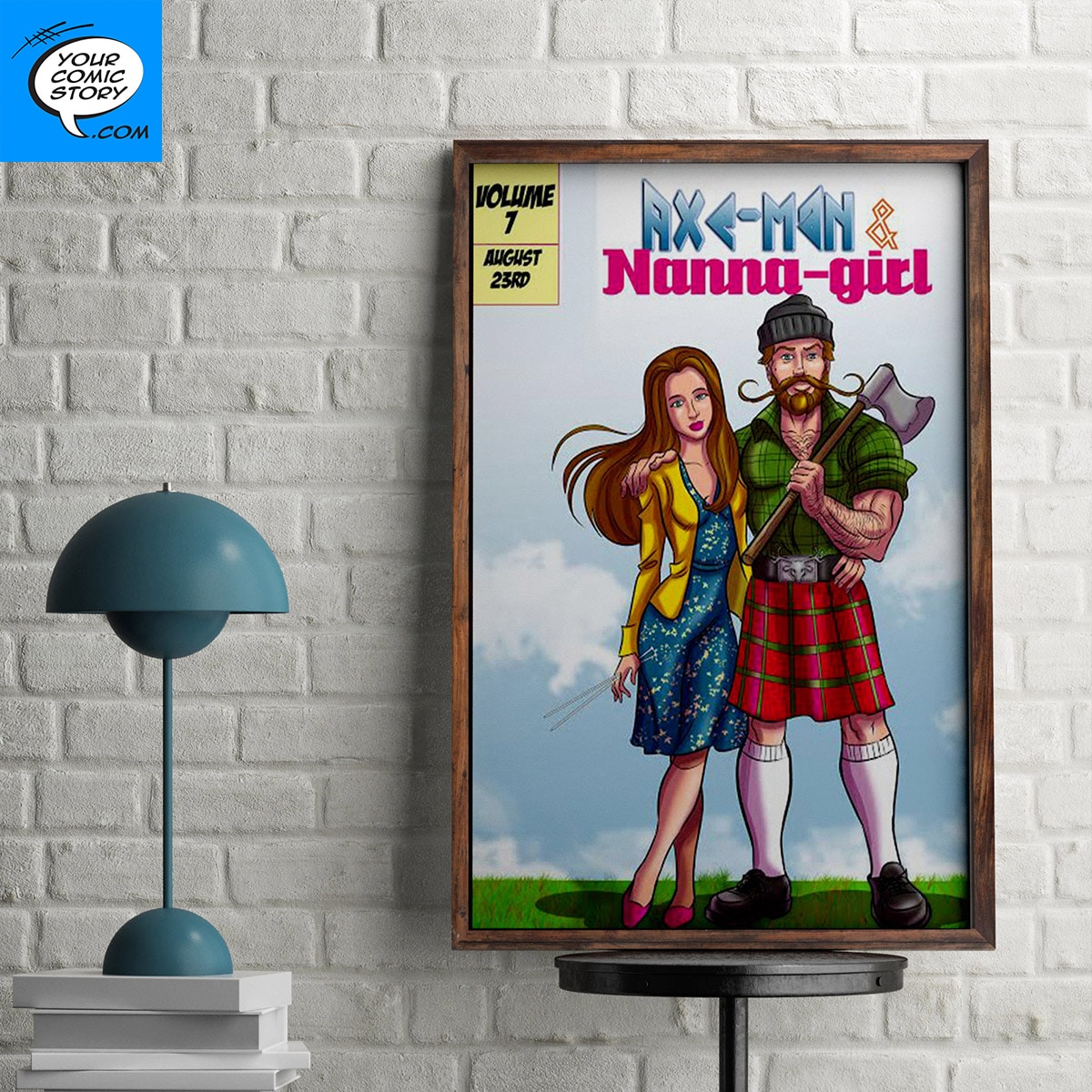 Unless you’re Pam. Then you do it yourself.

But, if you’re not Pam, then there are people, like Your Comic Story, who can help you create an amazing present for your Jim Halpert this holiday season. We craft the story to your preference, and bring it to life. And why stop at holiday gifts? Use a comic book to propose to your soulmate. And send custom comic book-inspired invitations for the wedding.